Tate Home Assistant is a product of STEP Fusion Solutions. The initial concept for STEP Fusion Solutions was first developed in 2012. It was apparent that all the latest technologies and devices being sold were targeted at the population segment whose age ranged between young adulthood (teenagers) up through middle aged adults. Smart phones, tablets and home control systems are all relatively complex and require significant skills to master. As people mature through middle age, often it becomes more difficult to master new technologies.

Instead of these technologies improving older adult’s lives, the products actually extend the gap between young adults and older adults who fall behind the technology. This is one of the key focuses of the STEP Fusion Solutions Company, to provide products and solutions that eliminate this separation. STEP Fusion Solutions products accomplish this by eliminating the learning curves needed to use modern devices and applications that are now at the heart of modern day communications and socialization.

STEP Fusion Solutions was founded by Maryland-based engineer Bruce DeShong. Mr. DeShong’s mother suffered with Alzheimer’s and passed away in 2012. His father suffered from dementia late in life and passed away in 2014. During the period when his aging parents’ health was failing, Mr. DeShong became frustrated that there seemed to be little that could be done to help his parents as they became unable to perform even basic everyday tasks. It was at that point in their lives that he decided the time was right to apply his skills in a new direction. His experience in engineering design would now be dedicated to establish STEP Fusion Solutions, a company whose sole mission was to use technology to improve the quality of life for people of all ages. 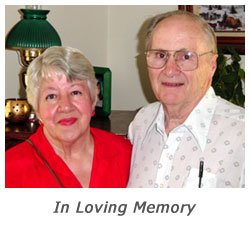 “I wish I had done this sooner so that my own parents could have benefited from these products, but my satisfaction comes from knowing that these products will benefit so many other adults. It’s also very gratifying for me to know that the inspiration for STEP Fusion Solutions came from my parents.”